You are here: Home / Off-Grid Home with a Solar Panel System

To realize a solar power system’s full potential, you need to:

How to Position and Install Your Panels for Maximum Energy Capture

The main characteristics that affect energy capture are solar panel position (angle and direction) relative to the geographic latitude and hemisphere and peak sun hours. Thus a northern hemisphere latitude of 50 degrees follows a general static positioning rule of pointing the panels south at a tilt of 50 degrees to have a 90 degree angle of exposure to the sun. This is not static and changes throughout the year but a static placement can be set with losses throughout the year that are acceptable. At the equator, the panels are pointed straight up and in the southern hemisphere the panels are pointed north along the latitude point.

Peak sun hours are the number of hours during a given time of year when the sun’s energy irradiation to a specific square meter on the earth produces the maximum amount of energy as measured in watts per square meter as shown here: 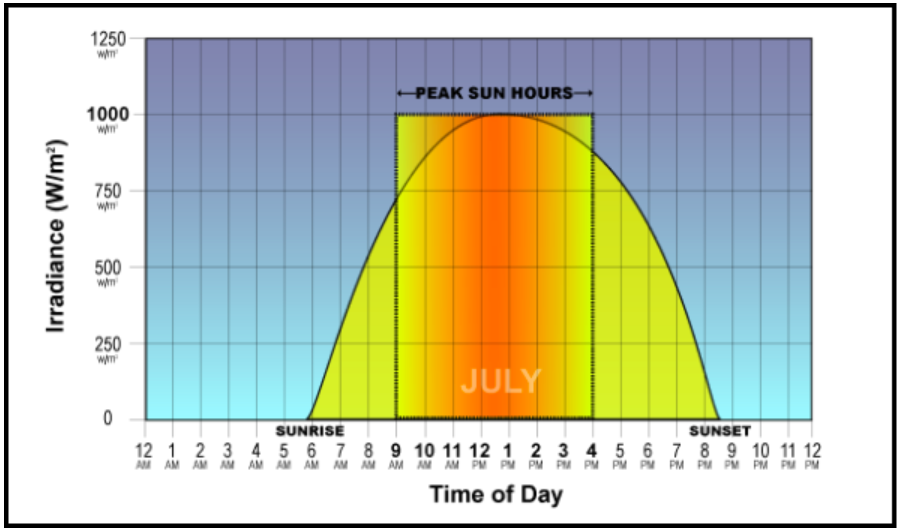 In practice, a fully exposed and positioned panels array will receive about 7 peak hours of sun within the day. This can be used as a general rule to calculate the amount of energy harvested in KWHs throughout a given day.

The Vulcan Energy System has built-in solar charge controllers in each module that allow for the user to plug panels directly into the units as illustrated here: 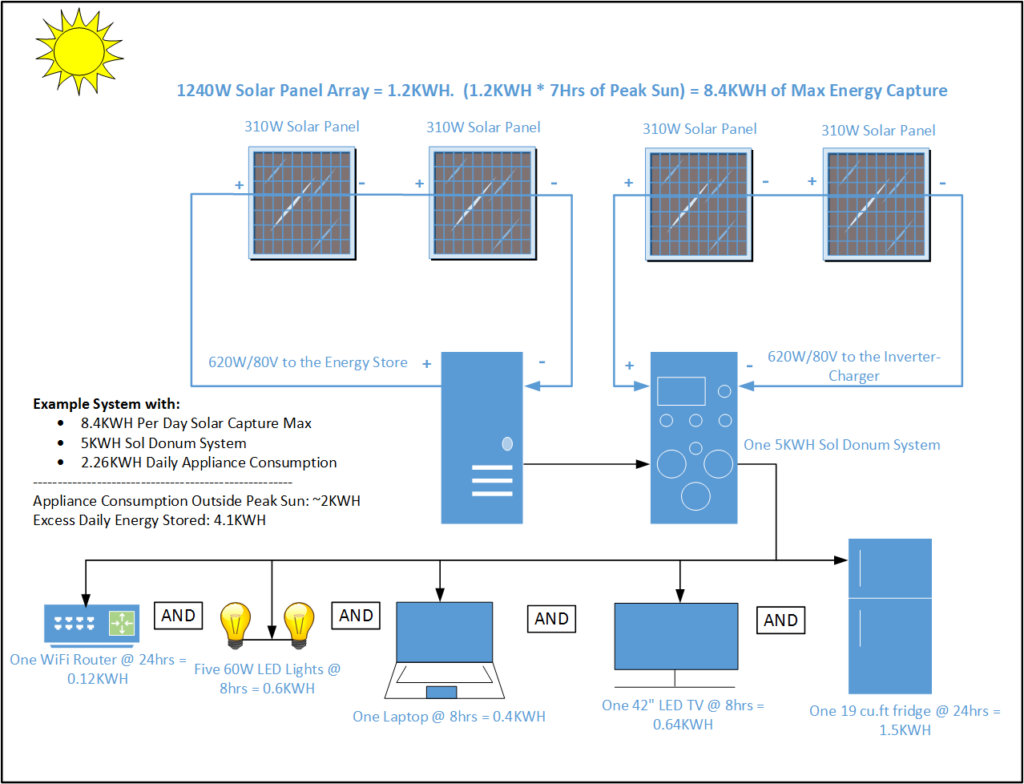 As an off-grid solution, this allows the user to scale the panels with each Energy Store or Energy Generator that is plugged into the system. Thus the user can add more panels as the Vulcan storage capacity is increased. For example, the Vulcan system illustrated above harvests a theoretical maximum of 8.4KWH of energy during the peak sun period if the panels are operating at 100% efficiency. However, it’s more likely that the panels will be operating somewhere between 50% – 80% capacity for those 7 hours for 4.2KWH – 6.7KWH of harvested energy due to variables such as clouds, suboptimal angle, and other environmental factors.